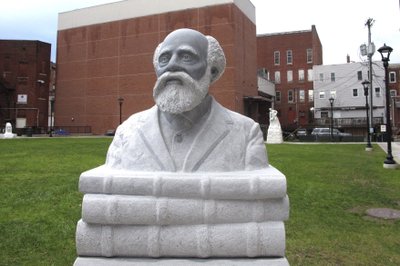 The aptly-named Martin Henry Freeman, son of a Revolutionary War soldier, graduated at the top of his class at Middlebury College and went on to lead an all-black school in the Pittsburgh area.

"In 1856, Freeman became president of the all-Black Allegheny Institute and Mission Church in the Pittsburgh area, later named Avery College. He attended Middlebury College in Vermont, graduating at the top of his class in 1849. Freeman’s father fought in the American Revolution, one way for enslaved men to win their freedom."