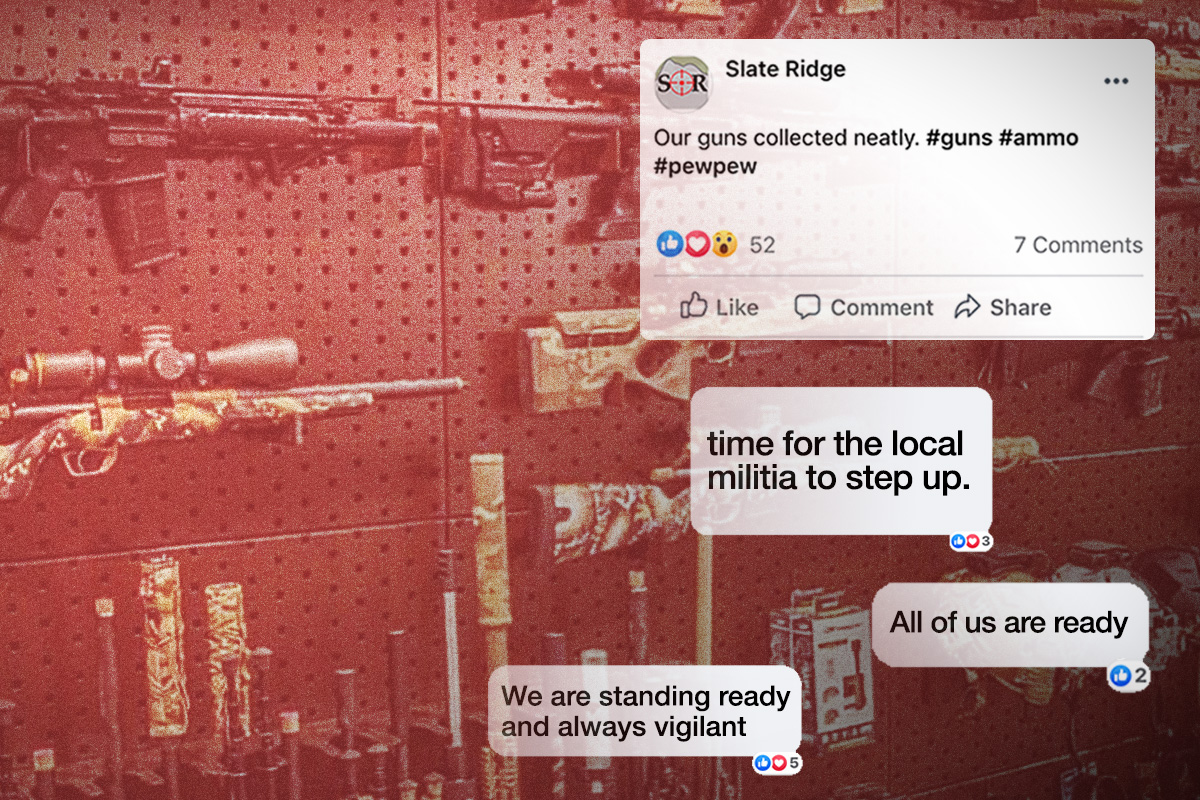 "Social media profiles of people who have trained at Slate Ridge say they are members of local militia and anti-government groups. Photos posted publicly on Slate Ridge’s Facebook page show underground bunkers full of machine guns and enormous piles of ammunition. While it is unclear whether the Facebook images were taken at Slate Ridge, federal authorities say Banyai is believed to be unlawfully in possession of a large cache of firearms and ammunition."