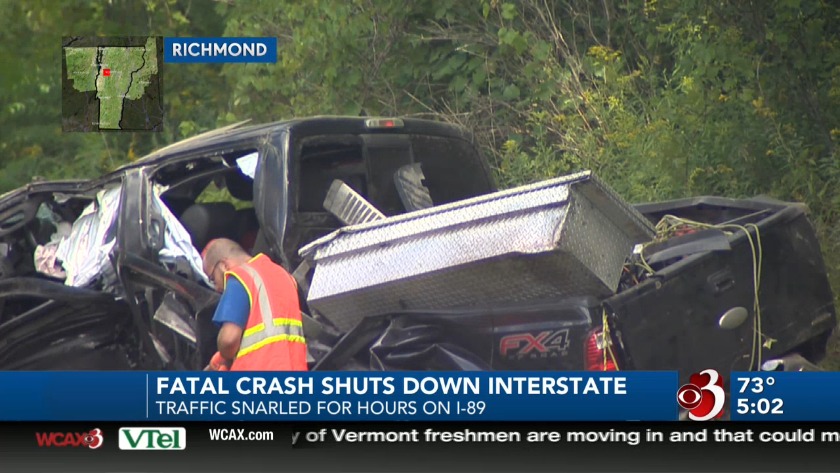 Kendall Roberts of Barre was injured in the crash that killed a Sheffield man whose truck crossed the I-89 median and struck another vehicle.

"Police said Bruce Devenger, 48, was driving south when he crossed the median and hit Kendall Roberts, 55, of Barre, head-on. Police said Devenger was taken to the University of Vermont Medical Center in Burlington, where he was later pronounced dead. Roberts and Michael O’Neill, 72, also of Sheffield, who was a passenger in Devenger’s vehicle, were also taken to the hospital for treatment of their serious injuries."