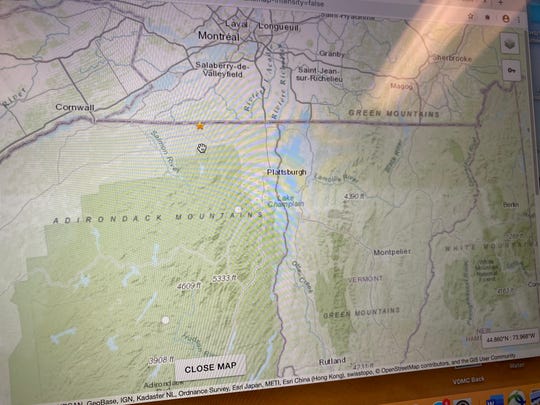 They say Vermont sneezes when New York State catches a cold. Early Monday morning an earthquake with a New York epicenter was felt in western Vermont.

"The Adirondack fault lines around New York state are some of the most seismically active in the northeastern United States even though the nearest tectonic plate boundary is in the middle of the Atlantic Ocean. Smaller earthquakes happen once every few years and moderately damaging quakes once every few decades in the region, according to the USGS. Three of the largest quakes in recent history: a 5.8 in Massena, New York, in 1944, a 4.9 in the southern Adirondack mountains in 1983, and 5.0 in Plattsburgh in 2002 caused more than $20 million in damage.