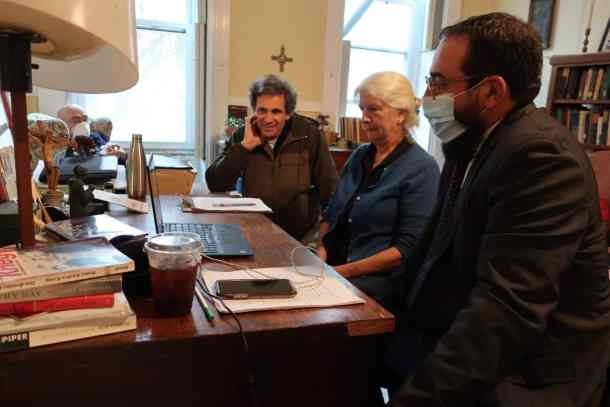 The Weathersfield granddaughter of famed Catholic social change worker Dorothy Day heads to prison for breaking into a naval base to protest nuclear weapons. The activist apple didn’t fall far from the tree!

"Martha Hennessy, 65, of Weathersfield and six other pacifists known as the “Kings Bay Plowshares 7” have been convicted of splicing a padlock and security fence, spilling blood and spray-painting anti-war slogans at the Brunswick submarine base in 2018, resulting in $33,500 in damage. In a sentencing statement, Hennessy — one of Day’s nine grandchildren — likened her actions to the New Testament story of Jesus overturning the money-changing tables at the entrance to the Jerusalem Temple."