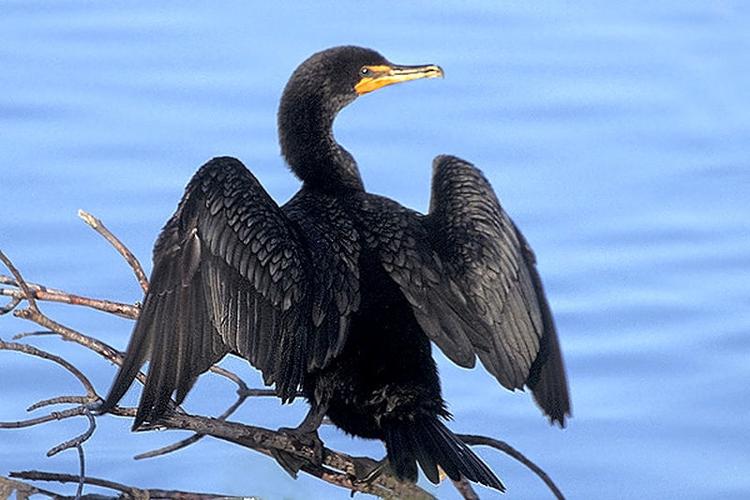 Cormorants - AKA “rats with wings” to anglers - are taking over waters off the Georgia shore, threatening both water quality and wildlife. Wildlife officials want to destroy the nests on Lazy Lady Island, but can’t seem to locate the owners.

"Even the waters around Lazy Lady Island are at risk, with the Vermont Fish and Wildlife Department reporting a declining fish population in fisheries surveys near the island and even a spread of cyanobacteria – or blue-green algae – fueled by the nutrients released by the cormorants’ guano. “The impact on the general environment is already being seen,” Vermont Fish and Wildlife Department biologist John Gobeille wrote in an email about the bird population to the Messenger. According to Gobeille, the overpopulation of cormorants on the island could lead to birds stripping the island of vegetation for their nests, while their guano – their excrement – acidifies the island’s soil and coats tree leaves, making plants unable to photosynthesize and survive."