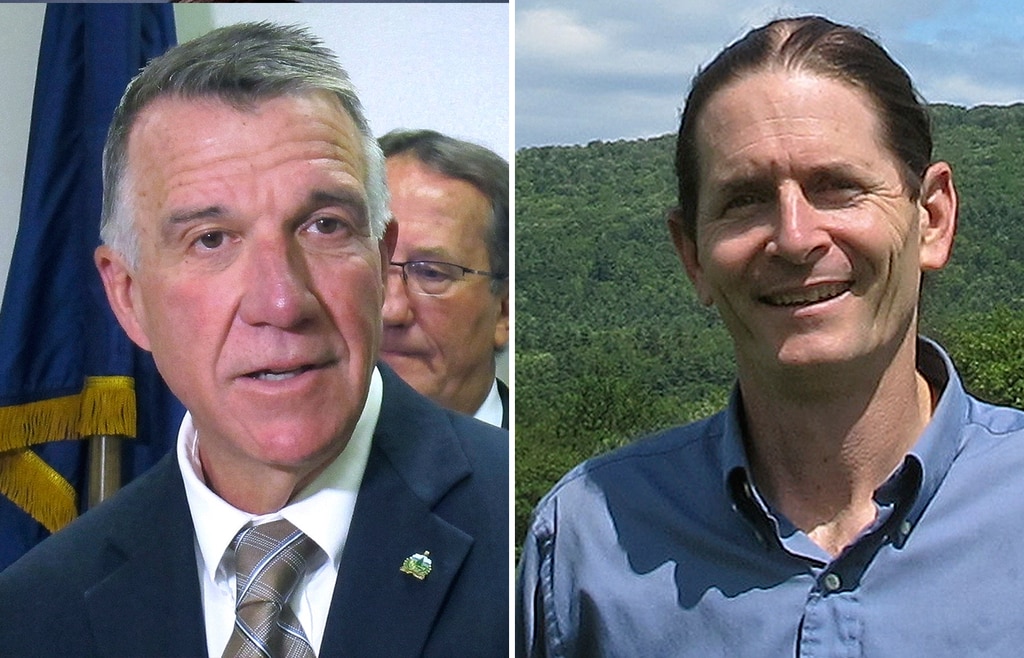 “Scott is one of those old-style New England Republicans who don’t like high taxes but don’t care who you fall in love with. He didn’t vote for Trump and regularly denounces the leader of his own party. “I appreciate that you have gently stood up to President Trump,” Zuckerman said, before criticizing Scott for not being aggressive enough on climate change. Both candidates emphasized their belief in bipartisanship. Zuckerman pushed back against Scott’s claim that he was too enamored with taxes, saying he has tried to formulate policies and programs that wouldn’t require additional taxes, in deference to Scott’s position. Scott replied, “I appreciate that.”