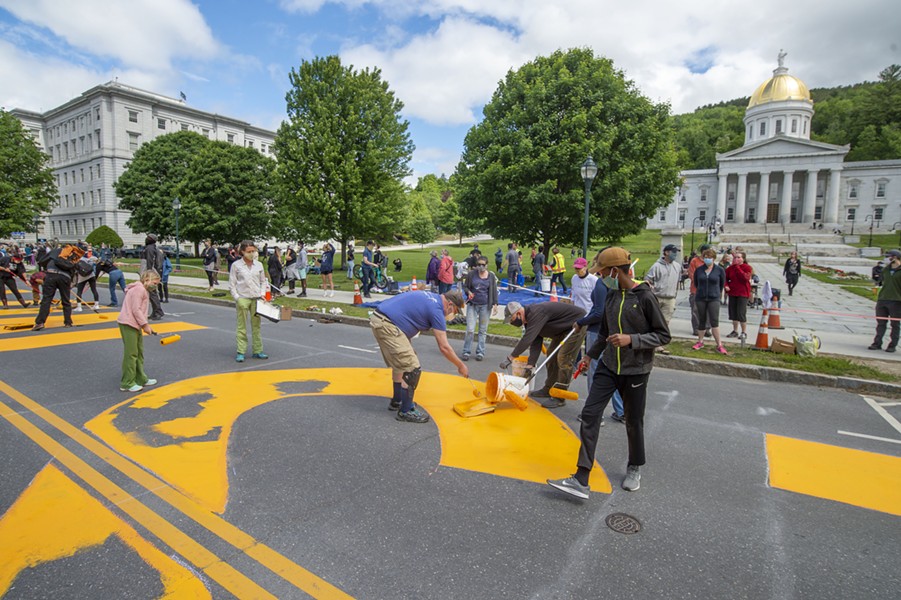 The latest painting of Black Lives Matter on a Vermont city street is intended to show that Burlingtonians “are no longer bystanders in a crisis that we can actually solve.” Nice symbolism - but what does painting a street solve?

"Introduced by Councilor Karen Paul (D-Ward 6), the resolution says the artwork will likely be painted on Main Street between South Winooski Avenue and Church Street. Volunteers and the city's Department of Public Works will maintain the mural through October 2023, "at which point the City Council will determine next steps," according to the resolution. The painting event, which is open to all, is scheduled to begin at 2 p.m. Sunday. Paul said the project will show that Burlingtonians "are no longer bystanders in a crisis that we can actually solve." Councilor Zoraya Hightower (P-Ward 1) and Tyeastia Green, the city's racial equity director, both helped write the resolution, Paul said."