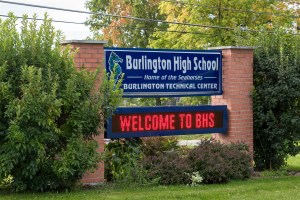 The interim principal who was slated to take over the job permanently (says the superintendent) has abruptly resigned. No one at Burlington High School seems to know (or say) why.

"The announcement came as a surprise to both the administration and Superintendent Tom Flanagan. “I feel sad that principal Green has decided to resign and to move on from Burlington and Burlington High School,” Flanagan said. Green was appointed BHS’s interim leader in 2018 after an administrative shakeup. In April 2019, the board extended his contract another two years, but still on an interim basis. Flanagan said he’s still not sure of Green’s exact reason for resignation but believes he was frustrated.."