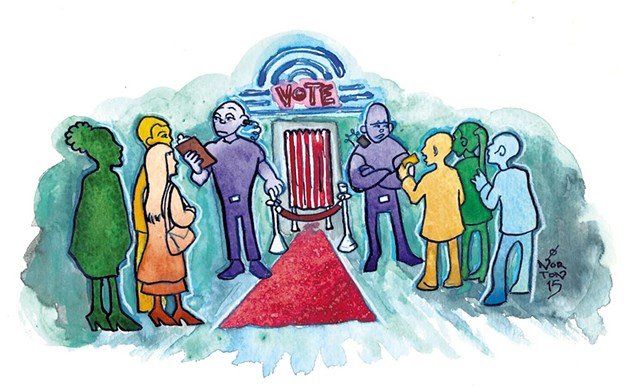 The city council of Vermont’s largest city will consider a resolution approving non-citizen voting, which if approved could put the question to Queen City voters at Town Meeting next March. The sponsoring city councilor said "All residents have the right, in my eyes, to participate in a democratic process, and the highest level of participation in that process is being able to cast your vote."

"It wouldn't be the first time Burlingtonians considered the question. In 2015, voters shot down a noncitizen voting measure, 58 to 42 percent. That same year, a 55 percent majority rejected another ballot item that would have allowed noncitizens to serve on city boards and as department heads. Both of those efforts are listed as goals in the city's 2014 Burlington's Diversity & Equity Strategic Plan."