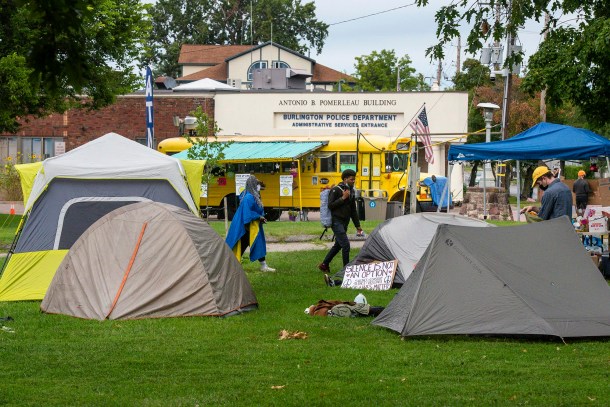 Well, it is October in Vermont. The police brutality protesters at Battery Park are clearing out - and cleaning up.

"The city has also implemented a few changes since the protest began last month. Just last week Burlington Mayor Miro Weinberger announced he has created a new director of police transformation and has hired YMCA director Kyle Dodson to fill the position. The Burlington City Council also unanimously passed a resolution that asks the Charter Change Committee to look into revising the current city charter and giving a public body authority to fire police officers. The police commission is also reviewing its body camera release policy."