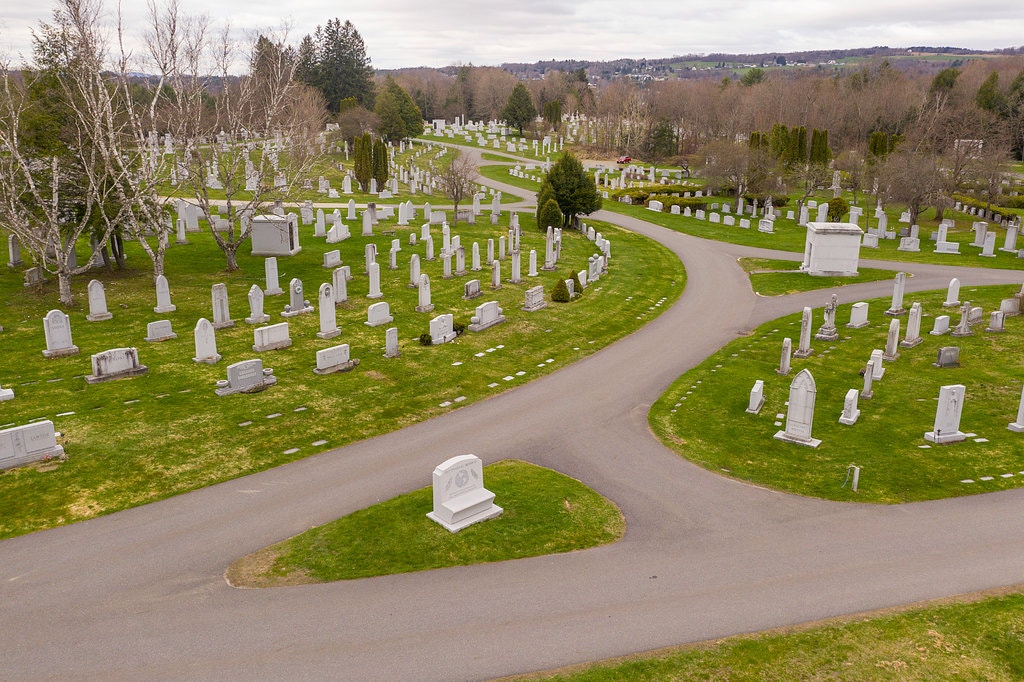 Hope Cemetery in Barre, with perhaps the most interesting tombstone statuary in the world, was the subject of a Sunday New York Times story on the monument bench raised to victims of the 1918 flu epidemic by the Zecchinelli family, owners of the Wayside Restaurant.

“Installed two years ago, the bench was underwritten by Brian Zecchinelli and his wife, Karen, to mark the 100th anniversary of the Wayside, a restaurant they own in nearby Montpelier. It opened in 1918, just a few months before influenza scythed through Barre, killing nearly 200 people, the largest loss of life of any town in the state. One of the dead was Mr. Zecchinelli’s grandfather, Germinio, an Italian immigrant who worked as a craftsman in a local granite factory, one of many in a town that still bills itself as “the granite capital of the world.” Mr. Zecchinelli knew little about his grandfather’s life, which lasted just 35 years, so he spent months researching his death. He quickly became fascinated not just by the flu, but by its near total disappearance from our collective memory."