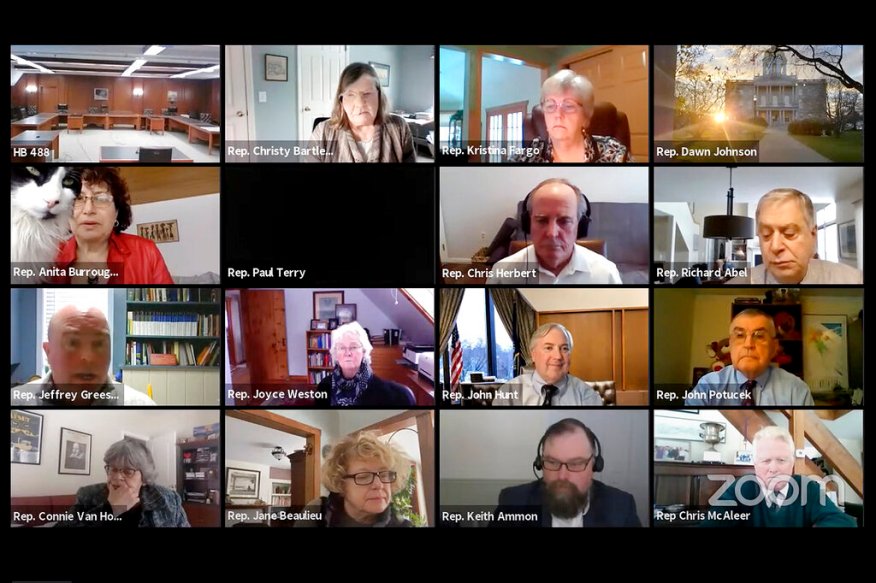 Legislating via Zoom is hard enough. But to do it without Fluffy? Live free or die!

"Rep. Anita Burroughs, a Democrat from Glen, said her cats, Yoshi and Jack, have made appearances during several recent House Commerce and Consumer Affairs Committee hearings — including Wednesday, when Yoshi’s fluffy black-and-white face partially obscured her own as he moved in for some attention. No one objected at the time, but a colleague later passed along a message from the committee chair, Republican Rep. John Hunt of Rindge.."