John Klar, leader of the Agripublicans, says VT Digger is in violation of its non-profit tax status due to its politically motivated, negative coverage. 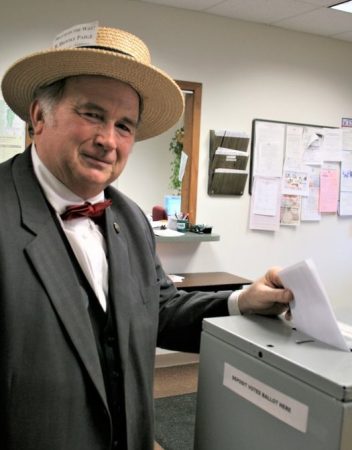 "VTDigger Editor Anne Galloway, responding Wednesday to claims that her publication coordinated with Hallquist to smear candidates, told True North she was aware of the accusations. “These claims are baseless and untrue,” she said. Late Wednesday afternoon, Klar released information to the media indicating he has filed a Form 13909 Tax-Exempt Organization Complaint with the IRS against VTDigger. “I have observed (and experienced) for years that Vermont’s largest news organization, vtdigger.org (the subject of this complaint, dba), represents itself to be a balanced news resource, but is in fact eminently biased, and essentially a propaganda arm of progressive political actors here. The vast majority of Vermont media exhibit a strong liberal bias, but they do not receive 501(c)(3) benefits,” Klar’s cover letter to the IRS states.