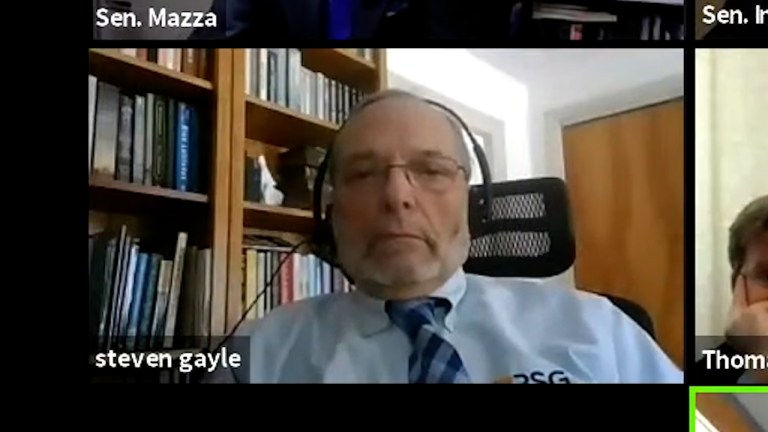 While taking a short break from testifying before the Senate Transportation Committee, a consultant to Vermont’s Agency of Transportation used the ‘n-word.’ He’s been fired.

“About three minutes later, the video shows an apparently agitated Gayle whispering and wringing his hands. At one point, he seems to say “Don’t believe this s--t,” and, “They’ll say anything to get elected.” A minute after that, Gayle erupts again, appearing to say, “You know we arrested every N—,” stating the full racial slur."