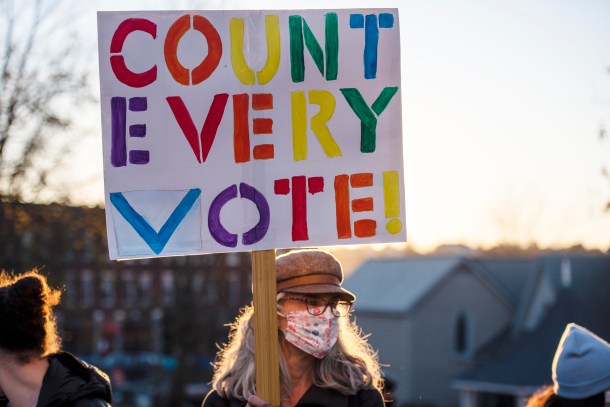 Biden-leading advocacy groups have organized demonstrations across Vermont calling for every vote to be counted. Here in Vermont, not much of a problem - but elsewhere, fair elections are the talk of the nation.

"“Perhaps it is not surprising but it is still shocking that we’re talking about a situation where a president is effectively trying to steal the election,” Paul Burns, executive director of the Vermont Public Interest Research Group, said after Donald Trump called for an end to tallying in the close, undecided White House contest because he considered himself the victor. “This is not a partisan issue,” Burns said. “There are rules that we have to go by. And one of those most important is that every ballot must be counted in order for the election to be complete. We know that has not yet happened, and we must insist that process go forward.”"