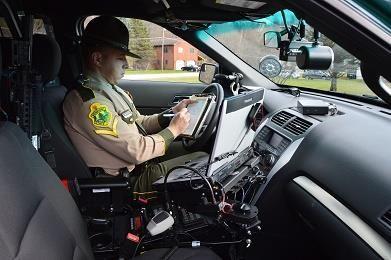 The Vermont State Police is identifying the individuals involved in the nearly 12-hour standoff that began Sunday afternoon, Dec. 6, and concluded safely at 1:21 a.m. Monday, Dec. 7.

The suspect is Reginald Book, 70, of West Haven. He is facing charges of attempted murder, aggravated assault with a deadly weapon, and simple assault.

The first two charges arise from Book’s use of his vehicle in an attempt to run over a state trooper at the scene of the standoff on Main Road in West Haven in Rutland County.

The third charge stems from an incident earlier Sunday in which he and an adult male relative became involved in a physical altercation, which started this investigation.

According to investigators, troopers located Book at about 2:30 p.m. Sunday inside his van on a property at 3490 Main Rd. and attempted to arrest him on suspicion of simple assault related to the domestic dispute.

Book refused orders to exit the van and began to drive aggressively around the property, at times in the direction of troopers. Troopers deployed spike strips to prevent Book from leaving the area.

At one point, Trooper Jeremy Sullivan fell near the front of Book’s vehicle, and troopers on scene reported hearing the engine rev while the van accelerated toward Sullivan, placing him in fear of his life. As Trooper Sullivan stood back up, Trooper Craig Roland discharged his department-issued handgun at the van, striking the vehicle at least one time, at which point the van stopped. Book was uninjured.

In addition to Troopers Roland and Sullivan, Vermont State Police personnel on scene at the time of the shooting were Sgt. Blake Cushing and Trooper Katrina Ducharme. All four members are assigned to the Rutland Barracks. Roland has been a member of the Vermont State Police since 2017.

Troopers were able to take Book into custody without further incident at 1:21 a.m. Monday. He was evaluated at Rutland Regional Medical Center and ordered held without bail.

Book was transported to the Southern State Correctional Facility in Springfield and is due to be arraigned by video at 12:30 p.m. Dec. 7, in the Criminal Division of Vermont Superior Court in Rutland.

Per policy, Trooper Roland is on paid administrative leave for a minimum of five days, after which he will return to administrative duty while the investigation into the use of force is under review by the Vermont Attorney General’s Office and the Rutland County State’s Attorney’s Office.

No injuries were reported.

The investigation into this incident is in its preliminary stages, and no further details are currently available. Additional information, including the names of those involved, will be released as the investigation proceeds.