In the Spring of 2019 when Vermont Water Cooler launched, one of the first things we wanted to do was survey Vermonters about the Legislative session. Find out what issues were most important to people, which politicians they agreed with, which they didn't, and gain a little insight about the direction Vermonters want to see their state head in.

The results were interesting, despite paid family leave and minimum wage taking up much of the oxygen in the room during the legislative session, these issues ranked relatively low on the list of issues Vermonters cared about. 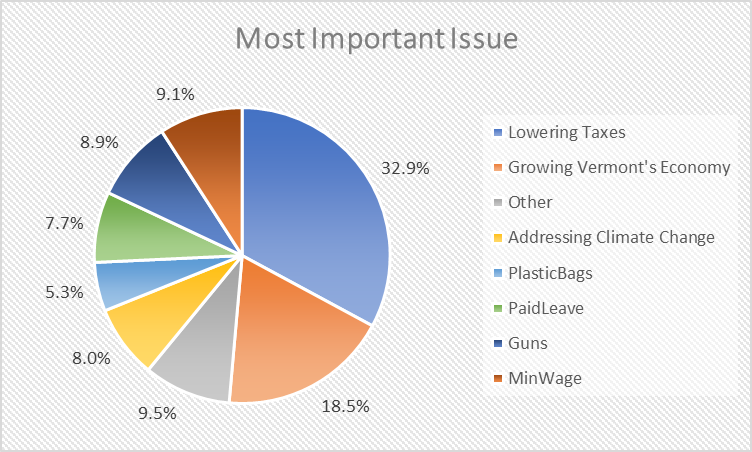 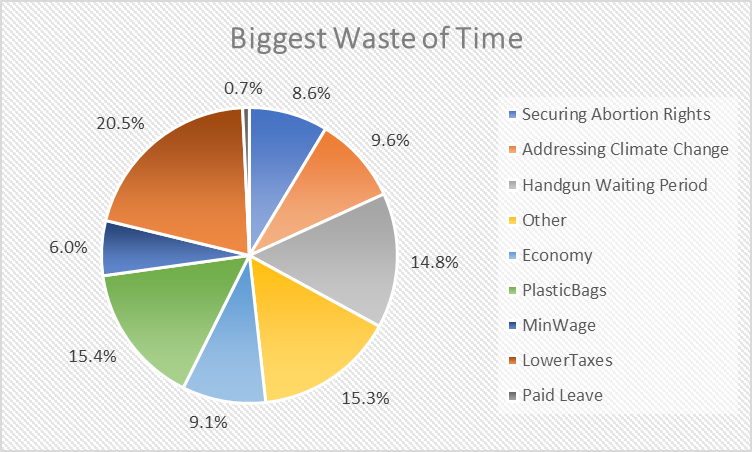 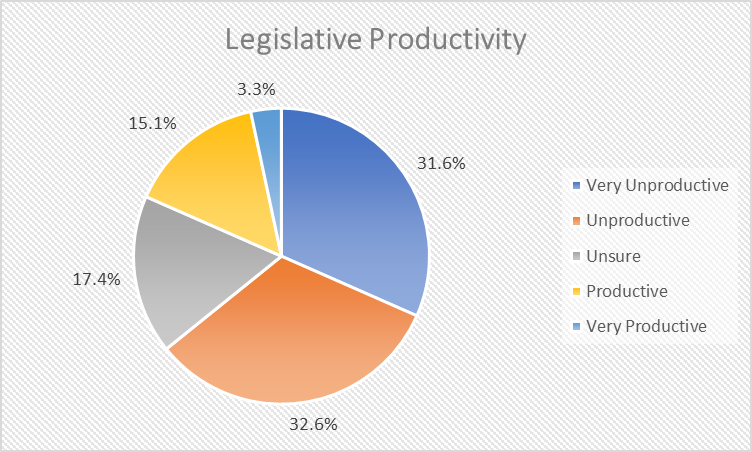 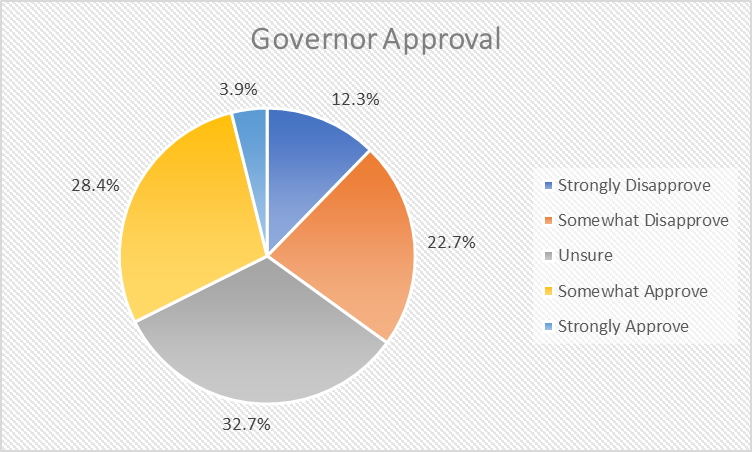 There are some insights in these data sets worth exploring. For starts, over 50% of respondents identified lowering taxes and growing Vermont's economy as their top issue for the 2019 Legislative session. Addressing climate change, paid family leave, handgun waiting periods, minimum wage, and "other" received nearly an equal share of the remaining 50%. The only clear looser here was plastic bags.

Lowering taxes appears to be the most controversial issue this year, as it also topped out the issue people saw as the biggest waste of time for the Legislature. The economy, however, ranked low on the waste-of-time scale. Perhaps the only surprising thing here is how low paid family leave was ranked by this metric, given how vocal the business community has been in opposing it. That sentiment doesn't appear to have translated to the general public. As with the previous question, plastic bags are the clear looser here.

Over 60% of respondents felt that the legislative session was unproductive or very unproductive, as opposed to only 17% who thought it was. Moving on...

Another interesting takeaway from these results is the ambivalence towards Governor Scott. Nearly 65% of respondents either tentatively supported him or were unsure. Not particularly strong numbers for a second term Governor, but it seems that most Vermonters are generally more supportive than not.

Thank you to anyone who participated in our survey. If you missed the opportunity and want your voice counted, you can still participate online here: https://www.vtwatercooler.com/2019springsurvey